Surf lifesaving originated in Australia in 1906 in response to drownings at local beaches. Such groups became necessary following the relaxing of laws prohibiting daylight bathing on Australian beaches. Volunteer groups of men were trained in life saving methods and patrolled the beaches as lifesavers looking after public safety.

As a movement it was formed to save life, protect life, promote life and believe in the great Australian way of life. Surf Life Saving creates a safe environment on and off our beaches, through lifesaving patrols, training programs and education. What it does best is saving lives, with volunteer surf lifesavers, paid lifeguards and rescue services perform more than 11,000 rescues each year around Australia’s coastline. Surf Life Saving promote leadership and personal development for members. Offering mateship, training, education and experience. It is active part of local Australian communities.

Surf Lifesavers
Lifesavers are volunteers that typically patrol in groups under a patrol captain for a given period of time on weekends and public holidays under a roster system. In order to be a surf lifesaver a person must hold a Bronze Medallion or a Surf Rescue Certificate and pass an annual proficiency test. All qualified surf lifesavers wear the internationally recognised red and yellow patrol uniform and can be identified by wearing the red and yellow quartered cap, long sleeved yellow shirt, red shorts, swimming costume, and hat.

Each surf life saving club also has a competition cap with distinct colors or patterns. These are worn during competition and for training on the beach. The patrolled area of the beach is marked out with flags and beachgoers are encouraged to swim between the flags. Those wishing to use surf craft are required to remain outside the flags.

Beach Patrols
All volunteer surf life saving clubs provide beach patrols on their allocated beaches. Clubs may provide more than one swimming area if there is the requirement in their area.The beach patrol is a team of volunteer members rostered onto duty for a specified time. This is typically 5-6 hours per patrol and every third weekend.The patrol team is coordinated by the Patrol Captain who is responsible for the coordination of actions in monitoring the beach and in times of rescue and emergency care.

Rescue Equipment
Surf lifesaving personnel utilise a wide variety of equipment to assist in patrolling the beach. Rescue equipment comes in many different forms which are designed to accommodate difficult surf environments, and its many hazards. These consist of: 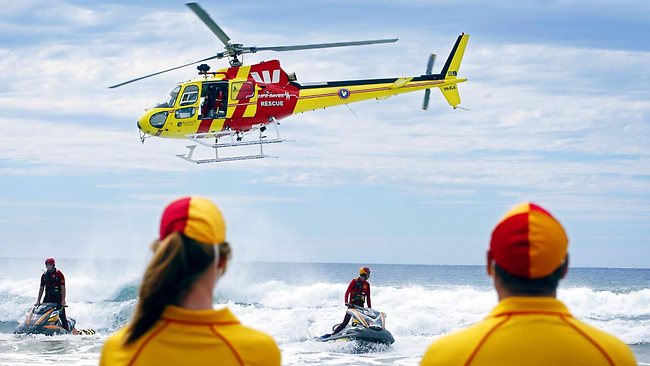 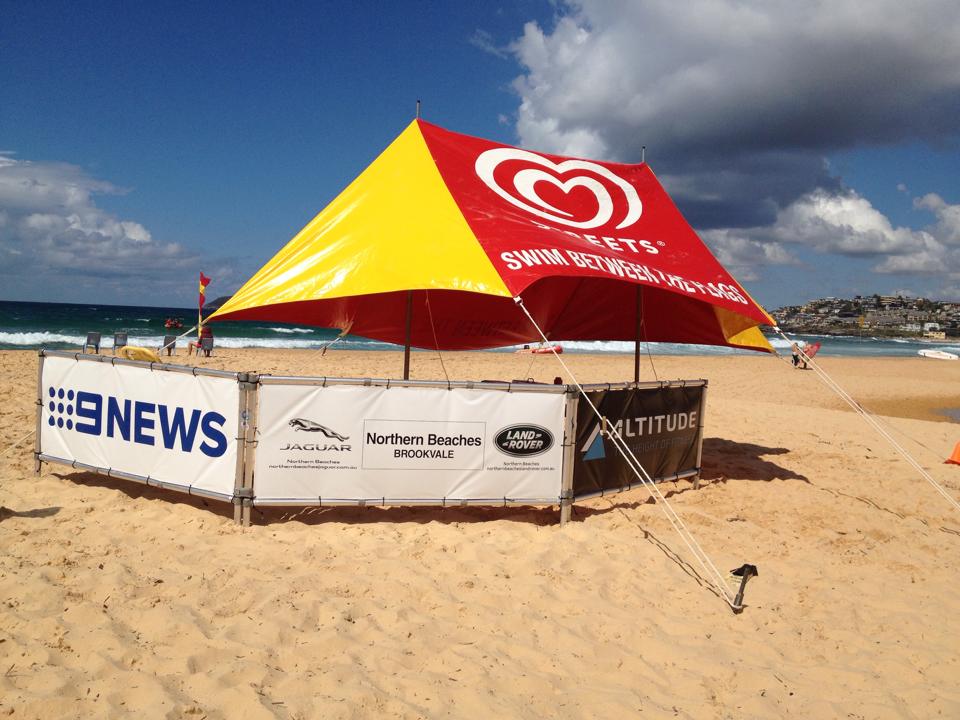 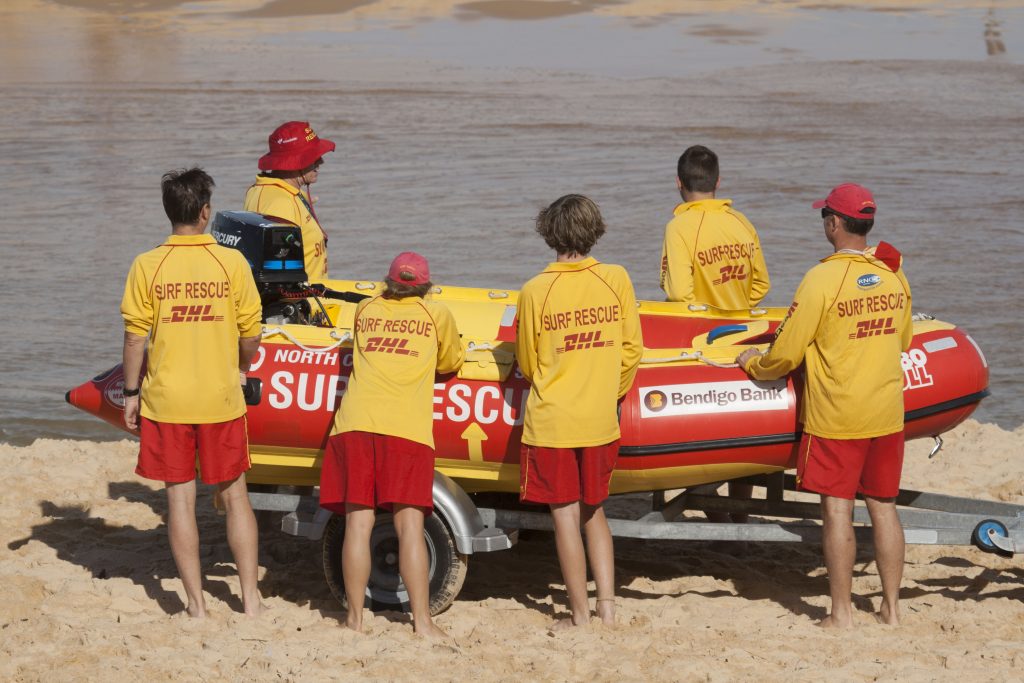 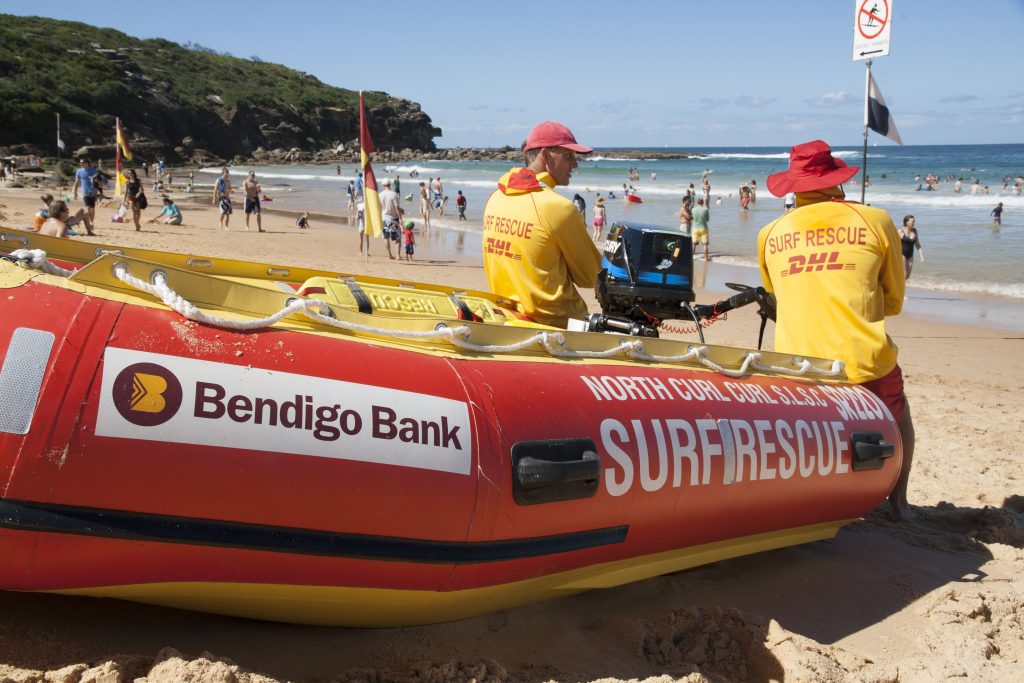